It was field day and all the children were going down the Slip and Slide, including the special needs classroom.

The only child not going down the Slip and Slide was my child. He was at the bottom watching everyone slide. In the corner of my eye, I saw him and I saw the look in his eye.

It was a wistful look. It was a look of “if only.” If only, I could do that, go down that slide, today. 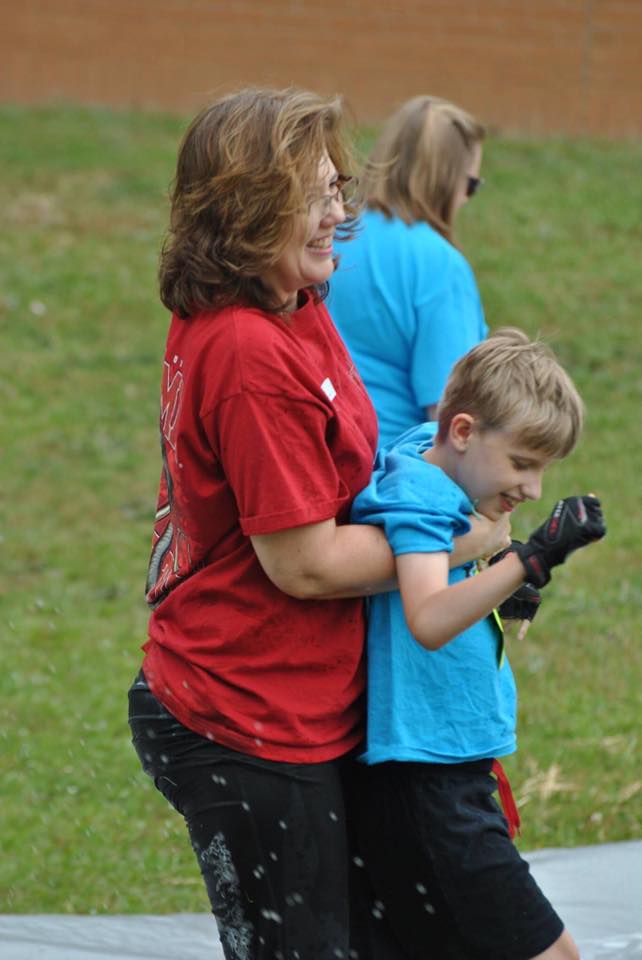 An aide was crouched talking to him, holding his hand. She was comforting and they would clap for each child who made it to the bottom.

Noah is a lanky 11-year-old, who is non-mobile. He has tight muscles. It is almost an impossible feat to get him out of the chair, much less down a wet slippery slide.

It is a two person job at the school just to lift out of the chair. I don't blame the school for being reluctant to take on the implied risk of taking a child as physically impaired as Noah down a slide like that.

If he got hurt, or myself, they could be liable, so to be cautious is understandable. They were being kind to just let me try.

However, occasionally, you need to go on that ledge and take that risk. Be ever so careful. Plan well, but be fearless.

So, I grabbed Noah's chair from this assistant. Yes, I literally pulled him away from her. I didn't ask permission. I just took the handles and took control of the situation.

I pushed Noah up the hill. Then, one of the wheels on his chair fell off (who knows why, never happened before). Yes, at that moment, I too questioned the clarity of my thinking. Am I crazy for even considering something as risky as this?

Noah's special needs para pro helped me place his wheel back on his chair and I kept pushing, uphill. I was on a mission. I could see in her eyes: fear, and the judgment of every adult there. I sensed it all fear, judgment, pity, doubt and even some scorn.

Could I do this? Should I do this? Then, I said to myself, “This feels right.” So, I kept going, focused on my destination. We reached the top. I had to ask the children surrounding the slide to part for us.

I lifted Noah out of his wheelchair and no, not one person helped me. They were fearful. I know that. They are watching, waiting for me to fail, to fall. They don't want any part of this moment. This moment is ours alone. Whatever this is. They want to establish a clear, fearful distance from the possibility of any part of this.

And, no, I wasn't dressed for water. Yet, I sat down on the Slip and Slide, and we pushed off. It was blissful. It was exhilarating. It was beautiful.

However, it was at that moment when I realized. I had no idea how I was even going to get him off the slide. I stood up on that slippery surface, lifting him on that precarious ground and the whole group of children erupted in applause. 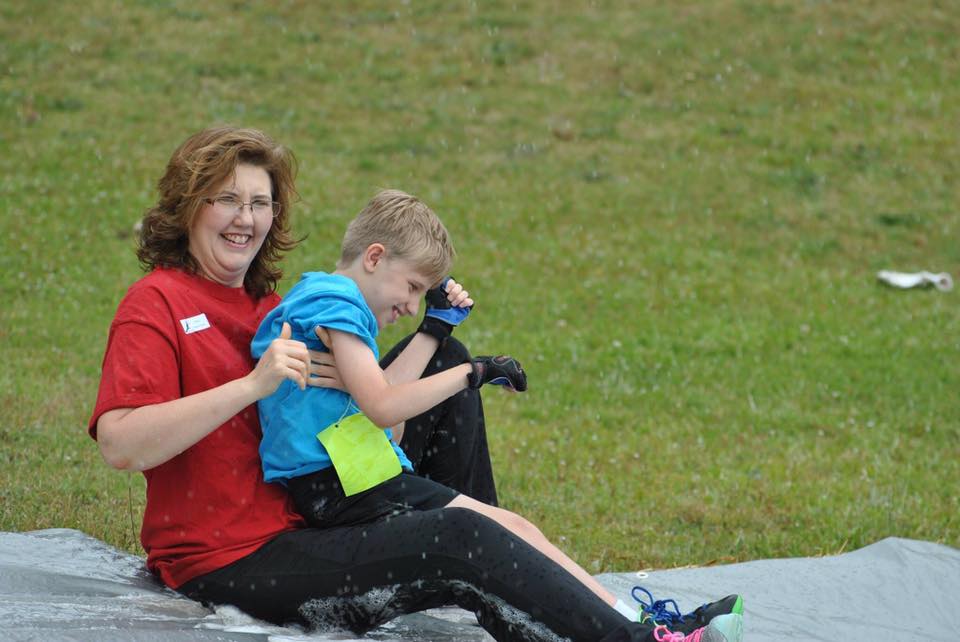 That is when the last photo was taken. And, my friend sent me the message: I admire you. She admires that moment of fearlessness.

I almost guarantee if you have a child similar to Noah, you will experience something similar. No, not this exact scenario. However, you will face uncertainty.

You will question your direction, your actions. It may not come with the literal element of danger. However, you may find yourself at an IEP meeting with a whole table shaking their head no, but you insisting on yes.

Occasionally, it is alright to be fearless. Take that leap of faith anyway and see where you end up. It may end poorly.

However, some opportunities take a catalyst from you to become a possibility. An element of risk is scary. Be fearless because you never know where you will end up.

Unless you take that leap. Who knows. Sometimes, it works out and you have a photo to remind you of how courageous you can be, like Noah and me. 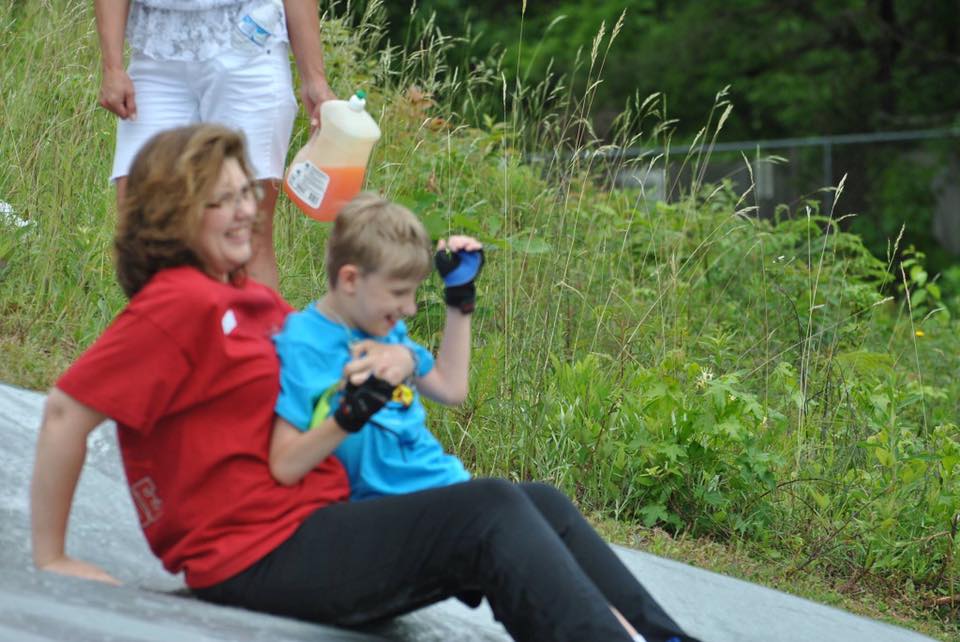 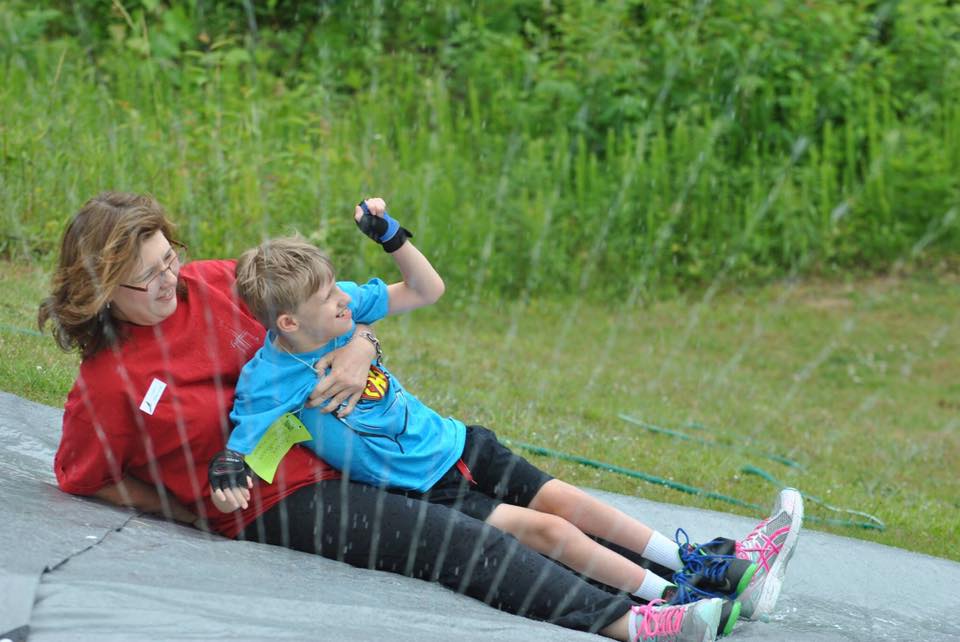