Crystal’s Story: Focus on Where You’re At, Not Where You Should Be 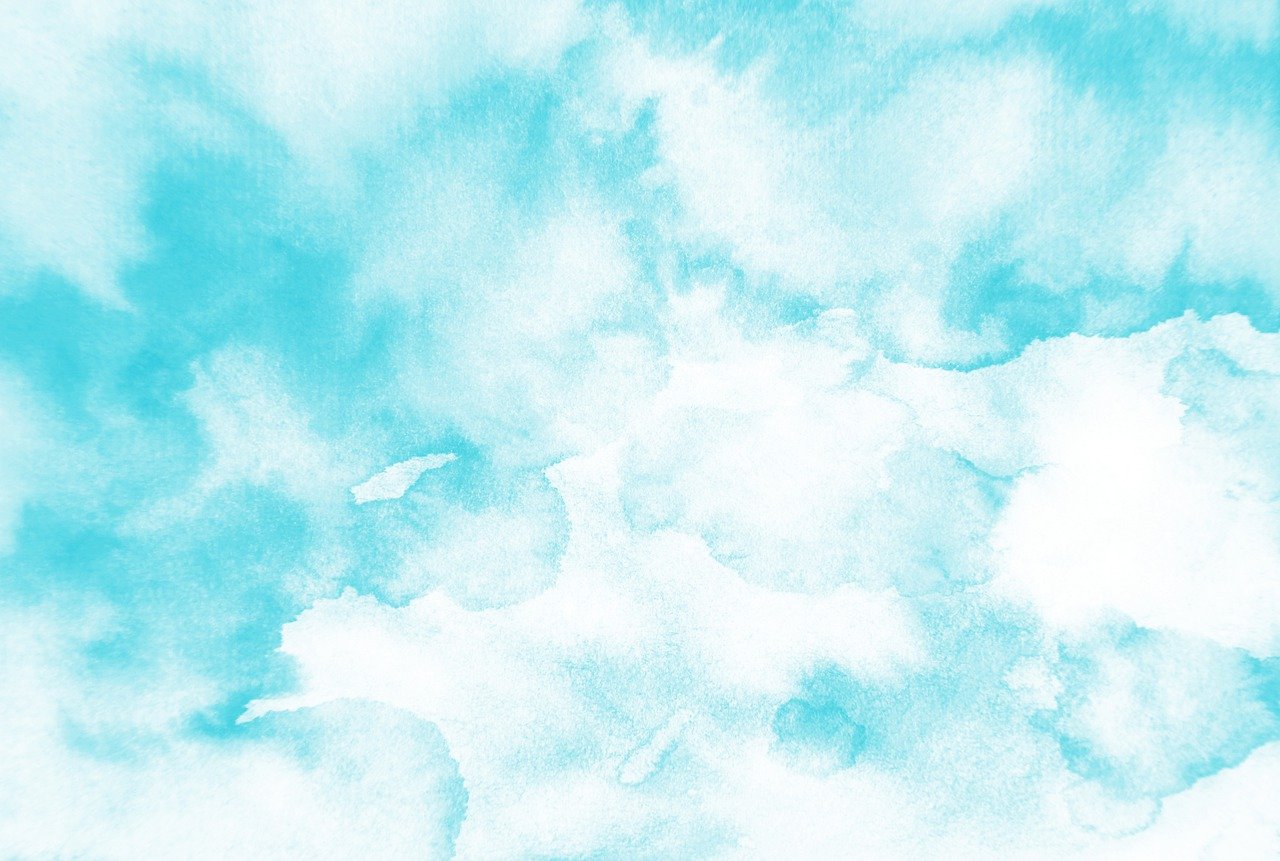 At the time of Maddie’s birth, Crystal and her husband, Kevin, were residing in San Diego. Crystal was working on the administrative side at Kaiser Permanente, while Kevin worked in the finance department of their local children’s hospital. Up until the thirty-seven week mark, Crystal’s pregnancy seemed to be running smoothly, so never did she picture she’d become so intimately familiar with the hospital Kevin managed finances for.

At thirty-seven weeks, Crystal began to go into labor, but wasn’t too concerned since she had made it beyond the point where Maddie would be considered premature. Her delivery was long and exhausting, and twenty-four hours in, Maddie had yet to be born. Once Crystal began actively pushing, Maddie still would not budge. So, the obstetrician ended up using a vacuum assist to facilitate the delivery. At this point, it was clear that Maddie was stuck, and she ended up having shoulder dystocia. It was this that resulted in Maddie suffering a hypoxic ischemic brain injury. When Maddie did finally come out, she was pretty unresponsive, with an initial Apgar score of 1 (out of 10). The doctors took her right away and attempted to get her breathing normally. After a couple minutes, Maddie perked back up, and the complexion of her skin was tinted red—a sign of a healthy baby. Everyone just assumed that, despite the scare, Maddie was fine.

However, after the first twenty-four hours with Maddie, Crystal and Kevin began noticing signs that not all was right. Maddie’s temperature was constantly fluctuating, and she was not feeding easily, so she was taken to the NICU for observation. Upon noticing that Maddie was experiencing apneic episodes, clinicians decided to transfer Maddie to the children’s hospital so she could receive higher-level care.

At the children’s hospital, it was confirmed that Maddie was having non-stop seizures, and she was heavily sedated. Luckily, the seizures stopped after two days, but the physicians kept Maddie on the sedating medications longer, in case the seizures came back. At this point, Crystal still had no idea that any traumatic brain injury had occurred—she just assumed that Maddie had epilepsy that needed to be managed.

The next day, Maddie’s MRI showed profound brain damage, and, suddenly, the rhetoric surrounding the discussion of Maddie’s future shifted dramatically. At the family meeting, as physicians discussed Maddie’s prognosis, the future Crystal had envisioned with her daughter became a distant memory. The medical team mentioned hospice care, and their list of everything Maddie probably wouldn’t be able to do seemed like it went on forever—she probably wouldn’t walk, talk, recognize her parents, or have any real sense of cognition or awareness. The meeting didn’t leave much room for hope, and Crystal felt shocked and lost. All the negative and scary things the physicians said didn’t match what she was seeing with Maddie, who, at the time, was breathing on her own, eating on her own, was finally awake, and seemed like a fairly normal newborn, aside from the seizures.

To make matters even more confusing, the day after receiving this devastating information, Maddie was discharged from the hospital. Crystal barely had any time to process what had just happened, and a million questions spiraled through her head. If the situation were so dire, why were they sent home with such few resources? What was life going to look like? Would Maddie have any quality of life? Was there even a name for what happened to Maddie?It wasn’t until Crystal’s father asked the neurologist what the term was for what happened to Maddie that they first heard the words “hypoxic ischemic encephalopathy.”

After being overwhelmed with all the doom and gloom from the neurologists, the one thing that provided Crystal a glimmer of hope as she headed home was a piece of advice she received from a neonatologist. He reminded her how important it was to treat Maddie like a normal child instead of just viewing her as “sick,” or seeing her in terms of what she couldn’t do. Crystal has held onto this advice throughout her journey with Maddie. In the days and weeks following discharge, what really helped Crystal cope with her new reality was finding the Hope for HIE page on Facebook. Since they were sent home with no resources, except for a neurology appointment six months post-discharge and a referral for early intervention therapy services, being active on the Hope for HIE support pages helped Crystal gain some reference for what her life might look like. Seeing other HIE families post moments of joy and happiness with older children across a range of outcomes and degrees of disability reassured Crystal that, even with her disabilities, Maddie could still thrive and enjoy life.

Before Maddie, Crystal really hadn’t had much exposure to people with disabilities, so learning that her family would still be all right, no matter where Maddie ended up falling on the spectrum of outcomes, was comforting. Crystal is grateful for all the HIE moms she was able to connect with early on. Unexpectedly, the moms she grew closest to during those first few years actually had children with medical issues completely different from the ones that Maddie faced. It wasn’t about finding people with identical paths or matching stories—with an HIE diagnosis, where the potential impact is so varied, such a task would have been near impossible. Even if their children’s paths looked different, Crystal was still able to bond with these fellow HIE moms over their shared experiences navigating uncertainty, mental health, motherhood, and more.

One of the biggest lessons Crystal learned throughout her journey has been the importance of staying grounded in the present moment. Especially with HIE, when no one, including the doctors, can fully predict the future, focusing too much on what your child might potentially be able to do many years from now is unproductive. One quote, in particular, that resonates with her journey is: “Be where you are, not where you think you should be.”

In the early years, early intervention therapies and specialized appointments began to take over their lives. There were days when Maddie was in therapy for upwards of four hours a day. Everyone was so fixated on helping Maddie reach milestones, such as walking on her own at some future point, they started to lose sight of the fact that this came at an expense—Maddie was missing out on her childhood. Crystal realized that, even though it was exciting when Maddie reached developmental milestones, it wasn’t this dramatic be-all and end-all, life-changing thing. For instance, Crystal was ecstatic when Maddie began walking on her own, because it afforded her more independence. But it wasn’t as big of a deal as she initially thought it would be, because Crystal realized that, even before Maddie started walking, her little girl was happy. The happiness of Crystal’s smiley, easygoing little girl wasn’t defined by milestones she was able to reach, so what was the point of living life scrambling from appointment to appointment, always in pursuit of the next goal to accomplish? It was this mindset that led Crystal and Kevin to make the decision to cut back on the many therapies and treatments Maddie was initially receiving, marking a big turning point in their journey.

Cutting back on the therapies and appointments was one of the best decisions Crystal made for Maddie and her family. They were all so much happier when they could focus on enjoying the present moment. Learning how to take that step back was extremely difficult, especially with societal views that disability is something to be “overcome.” Once Crystal adjusted her mindset and realized that what needed to be “overcome” was not disability itself, but the many exclusionary practices that make the world an inaccessible place for people with disabilities, this decision didn’t seem so daunting. This shift in perspective has really helped Crystal hold onto hope. She knows that, even if Maddie has disabilities for the rest of her life, a life with disability is not a death sentence. Instead, even with disability, life can be filled with all the good things, from adventure to excitement to success to irrevocable joy. In the end, Maddie was able to meet many of those milestones anyway, without therapy being forced on her.

Crystal wants HIE parents to know that there is freedom and strength in allowing a child to go at his or her own pace. She understands why many parents push therapy on their children, as she herself has been in the same boat. No one wants their child to be excluded from engaging in activities or aspects of life that have not been made accessible to those with disabilities. However, she also wants parents to know that, in letting go of the fear of disability, you can make room for greater peace, contentment, and hope. Through sharing her story, and being vulnerable about her experiences raising a child with disability on her social media pages and in her personal life, Crystal hopes to help people shift their preconceived notions of disability as she learned to do.

Since Hope for HIE helped Crystal so much throughout her journey, Crystal decided to take on a more active role, so that other parents who encounter similar traumatic experiences can receive much-needed support. Without Hope for HIE, Crystal doesn’t know how she would have coped with all the uncertainty, confusion, and grief she faced in the time following Maddie’s NICU discharge. She also wouldn’t have learned about various types of therapies and treatments that Maddie’s medical providers often hadn’t considered themselves. While navigating life with a child with HIE is certainly difficult, if one has access to a strong support system and the right resources, it is by no means impossible.

After a long time as a “super volunteer” at Hope for HIE, Crystal officially joined the board of directors as the director at large in March. She is currently working on a number of amazing initiatives. For one, she is developing a structured peer-to-peer support program, where parents who are new to HIE can receive 1:1 mentorship and guidance from parents who are further along in the HIE journey. In addition, she is also collaborating with others to design ways to make the NICU process smoother and more inclusive for HIE families. She hopes that, by spreading awareness about HIE in the context of the NICU, HIE will become more talked about and more funded.

Now Crystal is just excited to see what the future will bring, in terms of her work at Hope for HIE, and in terms of her journey raising Maddie, while also remembering to take life day-by-day and remain grounded in the present. Remember—focus on where you are at, not where you should be. By living with this mindset, you may find yourself in similar shoes as Crystal, living with more happiness and freedom than you could have previously envisioned.