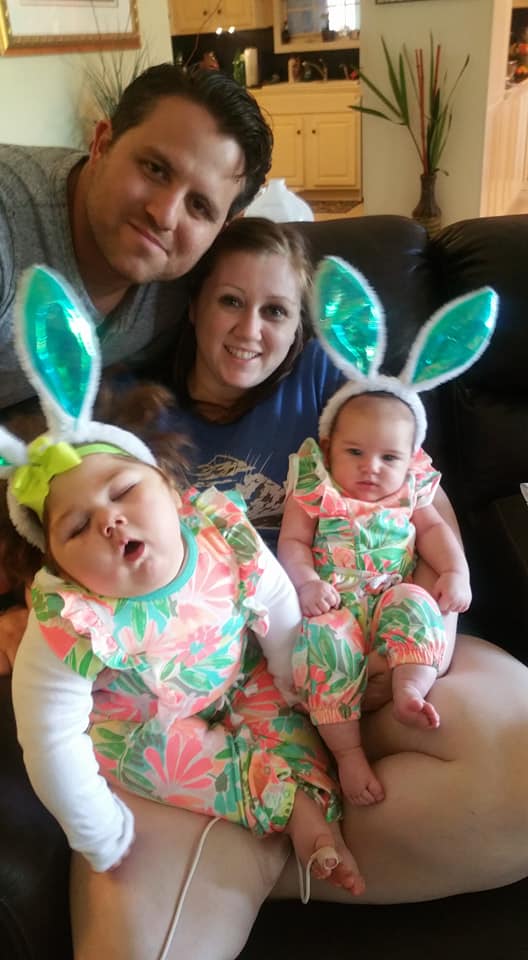 Hope for HIE *The first year *

As days passed by, we were still waiting for big things to happen. Eliana still hadn’t cried, opened her eyes or even showed signs of a suck/swallow reflex. This was hard. She still wasn’t holding her own temperature and they were trying to get her sodium levels balanced. She had so much happening. But she was still so tiny and beautiful.
I don’t remember the exact day we were told Eliana suffered from HIE, but I know it was early on – maybe a week or two. We understood the basics of it, but like most moms I turned to Google for further research. I wasn’t exactly getting anywhere searching for HIE. I tried looking for any resources that mentioned brain trauma. Again, not exactly what I was after. It was late in the afternoon when I was down one of those google rabbit holes, I had somehow found myself reading comments on some type of forum. There it was, in blue writing and it was clickable!

Hope for HIE – The First Year

I remember it being a small group were you had to fill out a short questionnaire before you were added. Of course I did what was asked, and I waited. It was the very next day I found myself anxious to get free time to dig more into my findings. Once I started I couldn’t stop. I was reading stories looking at pictures jumping to Google for additional research on this or that. It was like an addiction that first week. I was so grateful for finding this little pot of gold.
A few things I learned right off the bat – Eliana’s trauma wasn’t caused by things such as placenta abruption, uterine rupture, she wasn’t breech and the cord wasn’t around her neck. So it was unknown. From what we do know, Eliana had gone without oxygen for a significant amount of time due to her PH being at 6.7.
Here it was, like a rainbow after a storm – a safe place of knowledge and experiences. I spent HOURS reading stories about babies now able to do things parents were told they’d never do. I read about the uses of different medications and formulas and various treatments. I read about loss, a lot of loss actually in the first year. There was just so much information to sort through. There was one main common theme across all outcomes and diagnoses, and that was ‘wait and see’. So we did just that.
Over the next several weeks in the NICU, it was quite helpful to have these other families to relate with. There were terms and diagnoses that I remember going back and asking Eliana’s doctors about. Some she had, others she didn’t. One that we questioned specifically was seizures. We noticed a lot of other HIE babies had seizures. Dr. Boosupalli explained to us that he did not expect Eliana to have seizures. His explanation felt heavy, like I had rocks in my stomach. He explained that Eliana’s brain suffered so much damage, it was basically too damaged to have seizures. Not enough activity to spark a one. It’s funny (looking back now) how much I actually wished for her to have a seizure, because that would mean her little brain wouldn’t be as damaged as they thought. Eliana never had a seizure. I am so thankful. As new medications were being added to Eliana’s routine and the talk of a G-Tube, it was so nice to read first hand experiences and know ahead of time what questions to ask.
Henry and I had wondered why we had never of this before Eliana. With HIE occurring 2 to 3 per 1000 live births, that seemed high not to have ever heard of it. Well, turns out we have all heard of it without knowing it. Cerebral Palsy and Epilepsy are two of the big ones. These terms being more familiar than their underlying initial trauma HIE. This group, founded by three moms, has grown into a global source of information and knowledge and have created a place where families don’t have to feel alone, on any part of their journey with HIE. This group made such a huge difference for our family. We were so very fortunate to have found them so early in our journey. They allowed us a safe place.
A place of hope.

Call for Board of Directors Members

Hope for HIE collaborates with Families’ Bridges to Caring Hands

Hope is an adventure – choosing hope and exploring new places

Support Hope for HIE on the RoundUp App

Carving a Path for Your Child