Before she found a group of families whose children also were affected by HIE, Emmy Heaton felt alone.

She had joined other online groups, including one for children who had been cooled at birth, but many of the children there were mostly unaffected.

Emmy’s son, Aj, who is now 3, was initially given a very grim prognosis. Since then, he has been diagnosed with cerebral palsy, autism, developmental delay, and most recently epilepsy. He also has one of the cutest smiles in the world.

When Aj was about 6 months old, Emmy found Hope for HIE, and didn’t feel so alone anymore. She has support from around the globe.

“I've found a lot of help from the HIE community. There's always someone to answer questions, no matter what time of day,” Emmy said.

Most recently, after her son suffered a two-and-a-half hour seizure and was admitted to the hospital, that support came in the form of a support package from Hope for HIE.

“(The gift) really helped cheer us up, knowing people were thinking of us,” Emmy said.

Without Hope for HIE, Emmy wouldn’t know where to turn for answers to her questions and support from families like hers.

Through Hope for HIE, she has gained knowledge she couldn’t have gotten elsewhere, and has felt welcome in a place where everyone is welcome and feels important, Emmy said.

“I'd have a lot of unanswered questions and I'd still feel alone, I can't talk to my friends like I can talk to the people on there, they understand,” Emmy said. 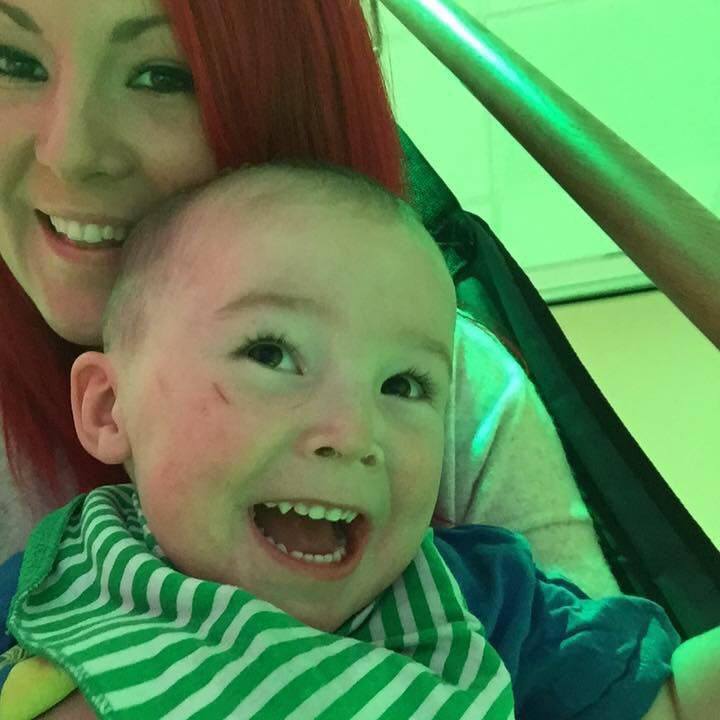