Just Say HIE Podcast – New Episode “Look at the child, not the paper” 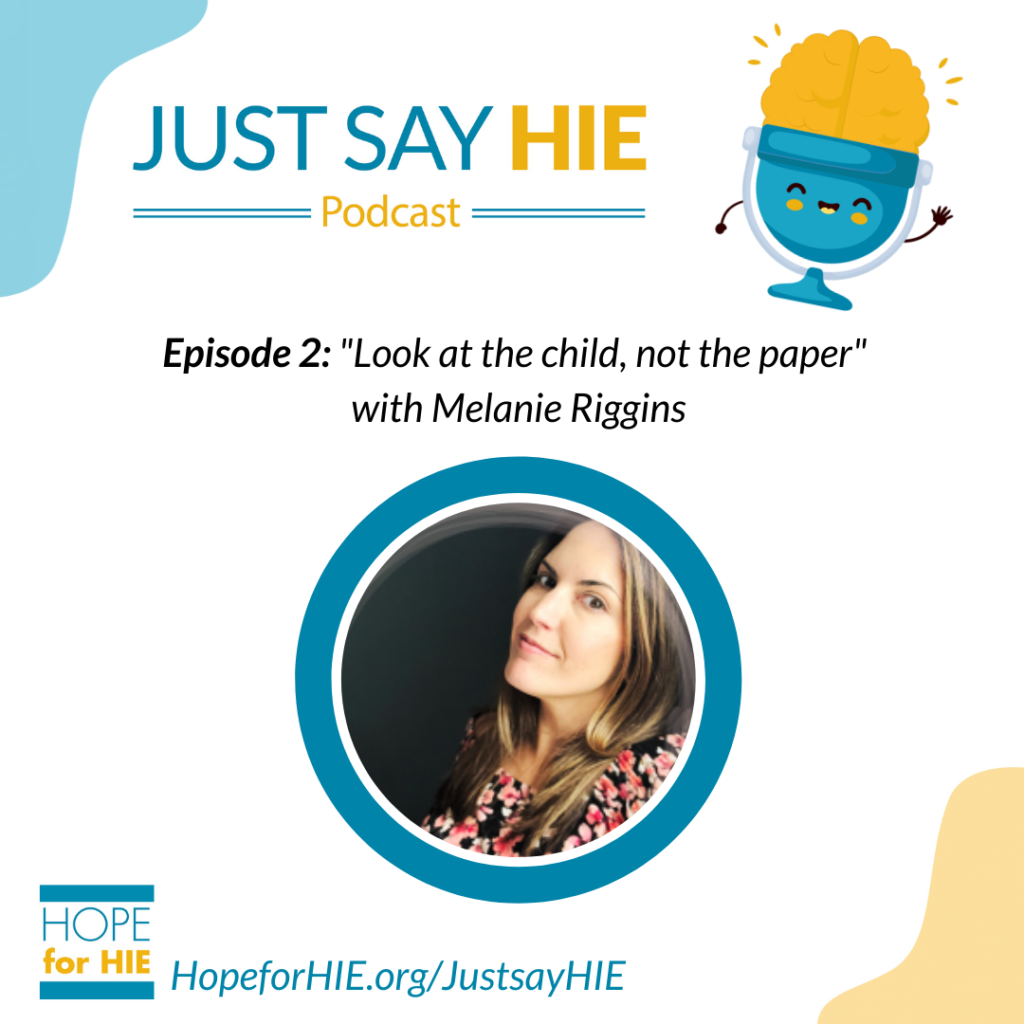 Join us as Melanie Riggins, long time volunteer with Hope for HIE, and mom to Zoe and Maisie, talks about her experience with HIE, hypoxic ischemic encephalopathy, her NICU journey, and advice for moving through the different parts of the United States educational system.

Melanie is a talented graphic designer and owner of her own freelance company, Melanie Riggins Designs. In 2013, her daughter, Zoe, was born with HIE, started having seizures several hours later, and began her journey. In addition to Zoe, Melanie has a younger daughter, Maisie, and calls suburban Atlanta home.

Listen along as Melanie discusses her guiding mantra of how “looking at the child, not the paper” has helped her advocate to help meet Zoe’s needs from the very beginning, build relationships with her medical team and educational teams, and through her advocacy learning how the various systems work, has helped her build teams that see Zoe for who she is and what her true potential is.

May is Mental Health Awareness Month

Thanking Annie Goeller for her Service to the Board of Directors