Karla was surprised when she learned her 8-year-old daughter Elisa, who suffered HIE at birth, would be sharing a poem at her school’s poetry slam. But as soon as she got the note from her daughter’s teacher, Karla knew she wouldn’t miss it.

All of the students had written a poem based on choices from their teacher. Elisa picked the color gray.

“I was completely blown away the day before when the teacher told me about the slam and that Elisa had a poem to participate with, so I made arrangements to go and support her,” Karla said.

Those events can be hard for Karla, as they often are for other HIE parents, because they highlight the differences between their child and others their age. And for Karla, she has to prepare herself for those events, so she is in the right mindset to be there for her daughter, she said.

But this time was different.

Karla beamed, calling herself the proudest mom ever, amazed to see how far her daughter’s writing ability had come.

“I put on my big girl pants to focus exclusively on her. She stood up in there, read slowly and quietly her cute poem. To me, it was as if she was there reading Shakespeare to the audience of 2nd graders parents,” Karla said.

Gray is smoke in the sky.

Gray is as big as an elephant.

Gray is a cloud.

The taste of gray is a big potato.

The feeling of gray is sad. 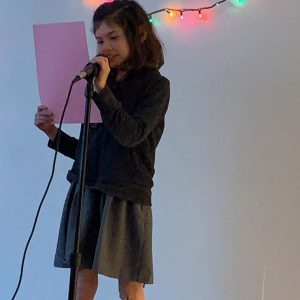 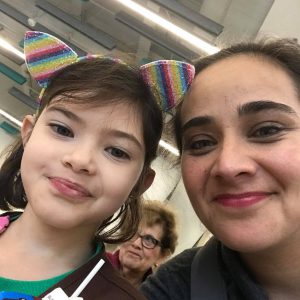