Megan turned to the internet, where she found Hope for HIE, and was able to connect with families who could understand exactly what she had been through.

“Early on, I was desperate to find someone, anyone that I could connect with that understood the fears and concerns I had,” Megan said.

“Hope for me early on was hearing all the potential outcomes. It slowly changed to knowing that no matter what outcome or hurdle we might face, we could find happiness and joy.”

Initially, they were told they would be in the hospital for weeks. But Cari surprised her doctors and was discharged the next week.

She was weaned off seizure medication at 4 months, and continued to surprise all the experts with her progress. She had some delays, but each was overcome. By 3 years old, she was discharged from all therapies and her neurologist’s care.

Megan wanted to give back to the group that had offered her so much support and hope, both by reaching out to families and by taking on a temporary role as treasurer for the Hope for HIE foundation board. She credits the group and families she has connected with for helping her through some of the toughest times.

“In sadness, there is joy and happiness. That a memory, while after the fact may be happy, can actually be the result of a sad one. This is the lesson that HIE has taught me,” she said.

“It is the truest and most heartbreaking example of there are no peaks without valleys. If you are lucky like I have been, you will find some awesome people to ride the waves with you.”

Her advice to new families: take one day at a time.

“It is the hardest but most true advice there is. You can’t see the future, neither can your child’s doctors. What you can see is the child in front of you, that beautiful creation that will fulfill you in ways you cannot imagine,” she said.

“When you want to focus on the future, take a breath and look at that face.” 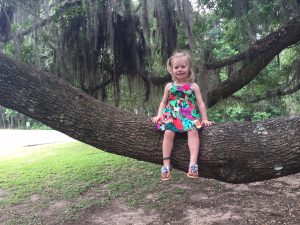